Will the creatives of tomorrow dream of electric sheep?

The 4th industrial revolution is underway. After the steam engine, new energies, and more recently information and communication technologies, it is the turn of artificial intelligences to dictate the rules of a new way of producing.

In recent years, there has been a sharp increase in AI and its effectiveness in many areas. Some are not afraid to announce that 50% of our jobs will be replaced by artificial intelligence by 2050. Even the leaders of technological empires, Elon Musk and Bills Gates, are sounding the alarm. promising that solutions today singular, like universal income for example, will be essential in a few years because of this new competition on the job market.

What about creativity? From the first cave paintings to the last DA of a website, through art brut or renaissance, creation has always been considered to be the property of man. However, more and more AI play artists and come to pour a few drops of sweat on the worried fronts of advertisers, questioning what made us unique and irreplaceable until then.

Whether it is with the trailer for the Morgan film, entirely edited by an AI, or the 1000 different messages imagined by IBM Watson for Toyota, most of the creative professions seem to be concerned. What raise some questions, see concerns, which we will try to answer through this article.

"The machines will one day be able to solve all the problems, but never one of them will be able to pose one! A Einstein

When innovation yields to fashion.

The democratization of artificial intelligence, and in particular communication campaigns staging it, illustrates the public’s fascination with this subject. AI is as passionate as it is divided, as VR has done before it.

There followed a perverse effect of this sudden discovery of technology by the general public: brands and agencies, feeling the wind turn in favor of this innovation, threw themselves headlong into the debate without really advancing it. The main thing is to find your place there and claim your presence on an innovative subject.

Result: we use AI not because we need it, but to justify an innovative approach to communication with this new medium. Right now, applying AI for creative purposes is more of a buzzword and buzzword than research. While not general, this trend limits debate and just brushes the surface of its potential. Rather than pushing the limits of technology, we prefer to content ourselves with doing AI just for the beauty of the gesture. 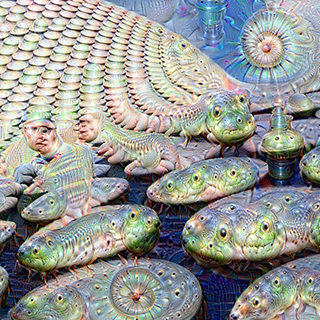 Some recent examples lead us to put the efficiency of technology into perspective. In March 2016, it was Tay, Microsoft’s artificial intelligence, who after 24 hours of free trade and machine learning on social media, had to be removed after making anti-Semitic and Holocaust deniers. More recently, it's Rinna (still at Microsoft), who became depressed in a few tweets ...

These setbacks point to the primary function of AI, namely the imitation of the human personality, with all the faults that this implies. AI is today at a stage where, if it can learn by itself, it nevertheless requires a model to be taken as an example: humans. However, every human being has his faults, which gives rise to a fairly obvious syllogism: AI imitates man, man is imperfect, therefore AI imitates imperfection.

The impossibility of recreating the unknown.

Another question to be addressed is that of the possibility of recreating a human brain in all its complexity, even though much of its functioning is unknown.

Can we really imitate the human brain? Googleâ€™s DeepDream tool promised to inspire artificial intelligence with sophisticated algorithms that infinitely recreate paterns in images. If the results were reminiscent of works familiar to those of Dali, we could not speak of artificial dreams.

And for good reason: the subject of dreams belongs to the domain of the unconscious which, by definition, is not known to men. We do not know ourselves what makes it up, so we cannot teach machines to reproduce it.

And maybe this is where we find our salvation. Creativity is largely due to this inimitable unconscious. If the mechanics essential to creation, such as inspiration, imagination, are concretely felt by the creative, their origins remain unknown.

Due to its close relationship with the unconscious, our creativity allows us to distinguish ourselves from the machine.

"Science without conscience is the ruin of man" - Rabelais, Gargantua.

Faced with these findings, two separate paths are imposed on AI who would like to create alone.

The first would be to completely imitate man, as was the case for “The Next Rembrandt”, an operation by the ING brand which aims to recreate a work with the same technique and the same precision as the famous painter. Admittedly, the result is convincing, but is it really creation? The AI â€‹â€‹is inspired by the many data from the masterâ€™s paintings. Rather than “pure creation”, it is better to speak here of the advanced analysis of data whose machine would make a “creative average”.

The second would be to give free rein to AI, with all the flaws that this implies. We would be dealing here with a work legitimately created by an AI from A to Z, but whose meaning and understanding would be sacrificed. AI “Benjamin” was able to write the script and dialogues for a short film on his own, resulting in completely meaningless inconsistencies and aftershocks.

A priori we cannot hope for a 100% AI original creation that is understandable or relevant for men. However, the potential of the technology is undeniable, it should therefore rather consider AI as a tool, see a work colleague, complementary to that of man, rather than as a competitor. 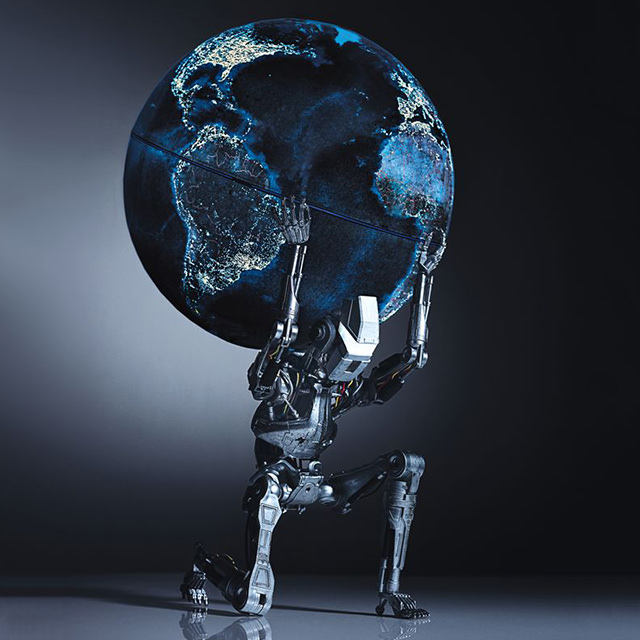 So what can we dream of for tomorrow? What plausible compromise between creata and AI? On the one hand we cannot ignore the growth of this technology and its promises for the future, on the other it would be ridiculous to restrain innovation by hiding behind the fear of a world dominated by machines.

We then have only one perspective: that of working with AI to reinvent our businesses. For now, it looks like the creation is assisted by AI. As technology advances, the reverse will become increasingly true. And why not a revival of the creative teams that will integrate AI into brainstorming?

The collaboration seems to be relevant since it would bring together the analytical power of AI, which is no longer to prove, and the creative force of men.

In fact, the most impressive examples of content related to artificial intelligence are often the result of an encounter between technology and humanity. The short film “Eclipse” for example, presented during the 25th edition of the Saatchi & Saatchi directors show was entirely imagined, produced and edited by machines. Men found their place in this creation since they interpreted the will of an AI and translated it thanks to their knowledge and their feelings. Another example of a hybrid creation, Sony CSL shared an AI pop song last year from lyrics written by an author.

This trend of co-creation seems to offer new opportunities to creatives: the giants of Silicon Valley are now recruiting poets to respond to artificial intelligence. Googles voice assistant learned the humor thanks to the coaching of Pixar and TheOnion employees!

So should we recruit a creative director robot like McCann Japan did and register at job center? Well, it’s all a question of point of view. For some, it will be a question of undergoing the change while waiting wisely for his turn … For the others, it will be necessary to be proactive to shape the future of advertising creation and anticipate the changes to come. We have already chosen our camp, and you?